This week I’ll be drawing six lines on my wrists as awareness for self harm, self injury and suicide among our youth.

For the most part, I don’t remember my dark days anymore. It could be because I’m growing up and old memories are replaced with new, or it could be that I’ve buried them so deeply because I don’t want to deal with the pain of it all.

It’s neither – it’s because I’ve worked through my issues enough that I no longer feel any mental association to what I once did to myself.

All I have left are the scars that are slowly fading over my arms and wrists as a constant reminder of how bad my depression once was, and how strong I’ve become since those days.

I’m not ashamed to admit that during the month of December in 2003 I had lost count once my “cut tally” went over 300 times.

I worked so incredibly hard during my 20’s to get out of that depressed state. I worked so hard, saw numerous people, went on countless types of medication while trying to leave the masochistic world behind. I’m so glad I did, because unlike so many others who find themselves in the same position, I won the battle.

The last time I cut was July 14, 2008. You can faintly see the remaining scars in the second image of the below. 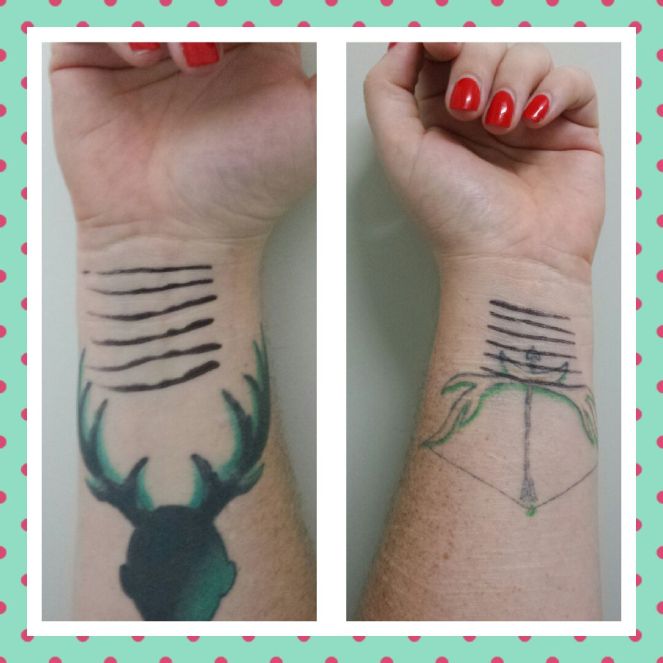 People often say cutters want attention. To be honest, some do. But the majority of us – those with the scars and cuts that we try so hard to cover up, we don’t want them to be seen. We don’t want to draw attention to it. We often don’t believe we are worthy of help.

We do it because it’s the one thing we feel as though we have control over.

If you know of someone who is a cutter, or who you feel may be a cutter, approach them with care and consideration. Don’t force them to show you, don’t force them to do anything they don’t want to do. Let them know that if they want to talk to someone without judgement, they can talk to you.

Tell them they are worthy of love, affection, help, assistance, and all the goodness that they are missing from their life.

And when they are ready for help, be there for them. If you feel they are drifting deeper into the darkness and fear they may be preparing to take their own life (yes, we do prepare), intervene.

Give them hotlines relevant to your area, your state/county and your country. Let them know they are worthy of help, that the darkness does have an end, and that their life doesn’t need to end. Use more drastic measures if need be, but as a last resort.

5 thoughts on “Why do you have scars on your arms? #thelinesproject”