These days I don’t feel comfortable calling myself ‘Witch’ or ‘Druid’ or anything in between. I don’t feel as though those words describe who I am. Which is why I refer to myself as Pagan over anything…or 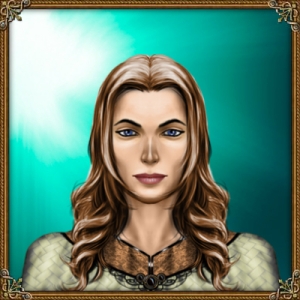 My favourite title is Aes Sedai. Ca’islyna Sedai of the Blue Ajah, to be exact.

Have you ever become so obsessed with a book that it consumes your life, and in turn changes the way you think, the way you phrase sentences, and in my case, the way I’ve come to approach the Craft.

I’m not talking Lord of the Rings, Harry Potter or Game of Thrones. I have an issue with GoT but that’s another story.

This is what happened after I began reading Robert Jordan’s “The Wheel of Time” series when I was fourteen. By sixteen, I was so obsessed with the books the two worlds I was living in began to merge, and suddenly I wanted to answer questions at high school with reference to the Aiel, or Caemlyn, or the Malkier.

I am almost thirty, and I wear my Aes Sedai ring with pride. I haven’t taken it off since I first put it on. I can tell you what my room looks like within the White Tower – both before and after the war (sorry, spoilers) – and I wish that my husband would be a reader so he could understand the beauty and the obsession that comes with these books so he could be my Warder (for real, and not just in my mind). It’s not completely uncommon for us to marry – Moiraine did, after all (sorry, spoilers!) And it’s not as if I have aspirations of becoming the Amrylin Seat, but we are the Ajah that has raised the most to the position.

It is thanks to my youth in role playing forums at Tar Valon (under a different name that has bad connections in the internet world thanks to an ex so it’ll never be mentioned in written ever again) I learnt to fully understand saidar, and saidin, so when it came to progressing in the real world with my witchcraft studies, I was able to draw parallels and understand what it was I was doing.

Like going into meditation with the opening of a flower, or creating a ball of energy. It has assisted me through my Reiki training, and rather than referring to it as “energy from the heavens” (Christian Reiki Master) I knew it to be saidar.

Understanding how crystals and gems hold individual energy was likened to angreal, ter’angreal and sa’angrel, and how individual angreal’s can be used the same way we can tap into the energy of a crystal to achieve our goal.

Before you know it (and looking back on my posts it might come up), using phrases like “Light!” instead of “Gosh!” or “Expletive!” becomes second nature to the point you don’t realise you’re doing it anymore. And no Blue would dare say Matrim’s favourite line, “Blood and Bloody ashes” so no, I haven’t begun saying that.

The Old Tongue does get onto the list of “languages to learn before I die,” and no matter how I try you will never completely understand the Game of Houses. And for GoT fans, back off. WoT and the Game of Houses was around long before GoT was but a thought process in George R.R. Martin’s head.

What is often referred to as “RandLand” is my second home. It’s where I feel mentally the most comfortable, even with Trolloc raids.

Aes Sedai training and the world that Robert Jordan created has assisted in my personal development in Witchcraft, in Druidry, in everything between.

If you like Lord of the Rings and Game of Thrones and you haven’t read these books yet…go buy/download ‘The Eye of the World’ and get hooked!

…I even got married in blue!