Recently this image has been recirculating on FB. 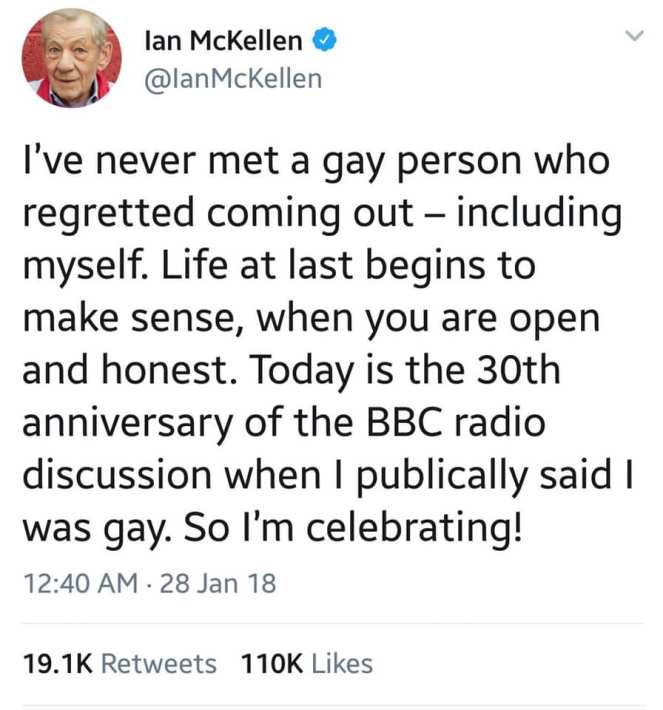 It is a capture of a tweet by Sir Ian McKellen expressing how he’s never met a person who regretted coming out [as LGBTQIA]. When a friend posted it, I commented how I’m one of those people. I came out of the closet as non-binary in May 2018. I later thought I came out as FTM but it turns out I’m just really, really genderfluid/agender-flux… and butch and queer and I prefer women.

I know I’ve spoken about this before, but before I came out and I was still trying to work out who I was, I really questioned my relationship with the Gods. I questioned why Herne has stuck around, but no Goddess has ever hung around. What was that about? Was there something deeper or mysterious about it? What did that mean for me as someone with a vagina who didn’t know they don’t really identify as female?

When I was undertaking the “choosing of a new name” (which I must stress not everyone feels the need to do) I knew it somehow needed to honour Herne. My father asked why I didn’t take on his mothers maiden name, or go back to my maiden name, and neither felt right because growing up I didn’t identify as either an Evans or a Jones. I knew I took on traits of the Evans family, but now I’m mid-30s I’m acknowledging I’m taking on many Clarke and Gaut traits as well. I wanted something that was meaningful to me, but tied in my Dedication to my God.

I became Rowan Brian Hunter. Rowan after the tree and the Atkinson; Brian after many, many loves (Brian Molko, Brian Warner, Brian Griffin, Brian Evans my great-uncle who died when my Dad was 5 and I didn’t click til afterwards…); Hunter for Herne the Hunter.

I can pinpoint the moments in time where I feel as though my relationship with Herne has grown. I remember being quite intimidated with working with him in the early days (2003ish). It was like that moment in Catholic school where you’re saying the words in prayer but you don’t know how to put oomph and meaning behind them. You know you want a relationship with Deity, but you haven’t been taught just how to really go about it. This was the days where the internet was new, Google wasn’t a thing (hey Webcrawler!) so you got out of books what you could find. I never had a teacher, I never knew my relationship with the Gods could be what it is today. I never read that within the books I began with, I never had a teacher express it to me. I had to find out for myself.

Around 2012 I had this urge to go deeper again, and I became a Dedicant. I threw myself into the deep end, I needed to learn all I could about him. I read Shakespeare, the book by Eric L. Fitch, the comparisons to Odin and Woden. I got my tattoo for Him. I decided that my path, my spirituality, my Spirit, would be to Him.

I’ve had stories and poetry published that I’ve written for and about Him. I’ve done the Dedicant path – made the incense, held the rituals, made the offerings. Even did the 30 Days of Devotion Blog Challenge.

But when I came out, I worried how my relationship with Herne would change. I worried about what that would mean for me. I remember feeling him sitting on the fence outside where my old Coven had met up for a journey to the Underworld, Him saying he wouldn’t come closer because it was “women’s business” and I needed to go through it. But I’m not a woman… does this mean I become privy to “mens business”?

Personally, I still don’t have an answer for this one.

Once I had surgery, once I removed myself from the residence I shared with my ex-husband, once I legally changed my name, everything began to swing with such a force I felt knocked over.

Herne took on the brunt of the stag’s horns so his King could be spared.
I had surgery on my stomach to reduce my stomach size, restrict my food intake, so I could save my life.

Herne took his life by hanging himself on an Oak within Windsor Forest.
He made me experience that. I felt gravity pulling myself down to the Earth while my breathing restricted. I felt my body writhing, my neck breaking, my body go limp… only to wake in this world but not be of this world.

I got my new tattoo symbolizing Oak and Rowan, the two trees that are synonymous with each of us. I passed a series of trials he laid out for me. I’m currently undertaking a year long journey which is opening my eyes to so much. 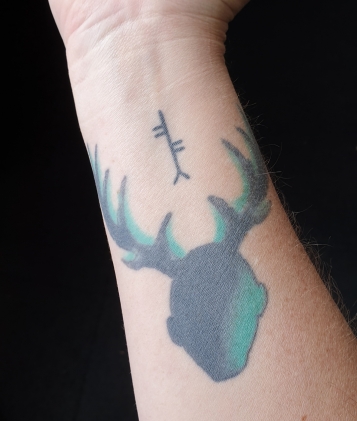 There is so much of what I’ve learnt this year (in particular) that I wish I could write about, but I don’t have permission from Herne. There are some things I can tell my fiancé and my Clan Mother, and some things that are expressly forbidden. It is all UPG, unverified personal gnosis, there is no facts from academia behind it all. Much of this current trial is ridiculously personal – it’s about me coming to terms with my past and who I was before I was Rowan. He is bringing up every little thing to ensure I am ready to progress to the next challenge without fear, without trepidation. Part of me believes it’s for personal growth, another part knows that if I was to be faced with the Wild Hunt I may just scream and run!

Since coming out as non-binary, since finding my true voice and my true self, my relationship with the Gods has become stronger than ever. My relationship with Herne has never been so personal, so emotional, such hard work. He’s allowed me to learn so much that you cannot find in a book. He’s whispered me stories that I would never gotten to know about him otherwise. He has reminded me again and again of the strength of his character that I was enamoured with in the early days and He has reminded me of how far I’ve come on my own personal journey.

(Thank you Bela for prompting me to write!) 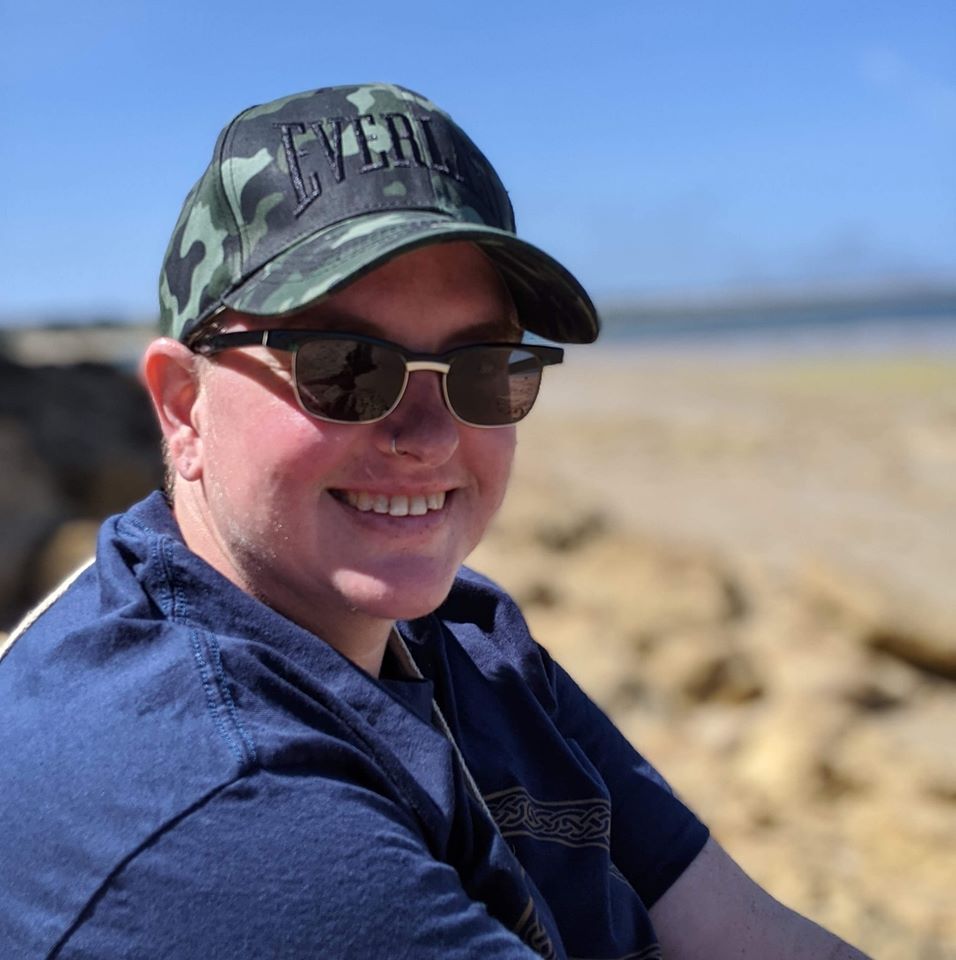